Low temperature superconductors (LTS) require liquid helium, yet can only generate a magnetic field lower than 24 T. For full-fledged commercialization of superconducting equipment, high temperature superconducting (HTS) conductors are preferred as they can be cooled by the more cost-efficient liquid nitrogen and they can generate a much higher magnetic field, such as 30 T at 4.2 K. However, one of the major drawbacks of the HTS conductor is its short maximum length of a single conductor wire, typically <500 m. Thus, many joints need to be installed in the superconducting equipment, resulting in a difficult manufacturing process and a complicated operating procedure. Thus, Japan commenced a 10-year JST-MIRAI Program in 2017, focusing on developing the joint technology for linking HTS conductors. The program has two important research and development directions:
(1) Development of improved superconducting joints for a persistent-mode 1.3 GHz NMR magnet, i.e. the Super-High Field NMR Initiative. As the first stage, superconducting joints (10^(-13) Ω) between HTS conductors, such as REBCO[1] and Bi-2223, and HTS and NbTi [2] are being developed, which will be installed in the world’s highest magnetic field (30.5 T) NMR magnet [3], operated at a 1H NMR frequency of 1.3 GHz in the persistent-mode. Based on NMR spectra achieved with the 1.3 GHz NMR for protein samples such as amyloid-beta, the feasibility and validity of the superconducting joints and the NMR magnet will be evaluated.
(2) Development of ultra-low resistance joints between superconducting DC feeder cables for railway systems [4]. As the first step , ultra-low resistive joints (10^(-9) Ω) between superconducting DC feeder cables, > 100 mm in diameter, for railway systems will be developed; the DC cable is comprised of many HTS tapes and cooled by liquid nitrogen flow. It enables the on-site joining process between superconducting DC feeder cables. It will be evaluated by the operational test of a train fed by the joined superconducting DC cables in the Railway Technical Research Institute.
This presentation will describe, (a) a brief review of the JST-MIRAI Program, (b) initial results of the investigation on superconducting joints, (c) preliminary results for the medium field persistent NMR magnets, and (d) current status of the joints between DC feeder cables for railway systems. 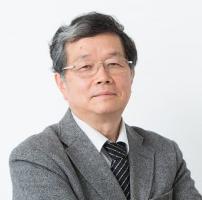