Most thin magnetic films have their magnetization lying in the plane of the film because of shape anisotropy. In recent years there has been a resurgence of interest in thin magnetic films which exhibit a magnetization easy axis along the surface normal due to so-called Perpendicular Magnetic Anisotropy (PMA). PMA has its origins in the symmetry breaking which occurs at surfaces and interfaces and can be strong enough to dominate the magnetic properties of some material systems. In this talk I explain the physics of such materials and show how the magnetic properties associated with PMA are often very well suited to applications. I show three different examples of real and potential applications of PMA materials: ultralow power STT-MRAM memory devices for green computing, 3-dimensional magnetic logic structures and a novel cancer therapy.

This is the Distinguished Lecture talk by Russell Cowburn -- Perpendicular magnetic anisotropy: from ultralow power spintronics to cancer therapy 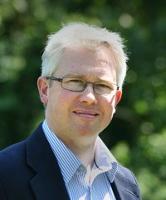