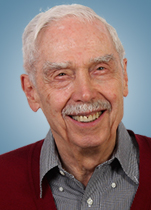 He held academic positions at the Technical University of Budapest, at Stanford University and at UCLA, and worked in industry at Northern Electric R&D Laboratories (now Bell-Northern Research), as well as at Ampex Corp. He is now a professor in the School of Electrical Engineering and Computer Science at Oregon State University. He has served as department head at both UCLA and OSU.

Temes was elected to the National Academy of Engineering in 2015.

A Life Fellow of the IEEE, Temes served as associate editor of the Journal of the Franklin Institute, editor of the IEEE Transactions on Circuit Theory, and vice president of the IEEE Circuits and Systems Society (CAS). In 1968 and 1981, he was co-winner of the CAS Darlington Award, and in 1984 winner of the Centennial Medal of the IEEE. He received the Andrew Chi Prize Award of the IEEE Instrumentation and Measurement Society in 1985, the Education Award of the IEEE Circuits and Systems Society in 1987, the Technical Achievement Award in 1998, the IEEE Millennium Medal, and the IEEE CAS Golden Jubilee Medal in 2000. Temes was also the recipient of the IEEE Gustav R. Kirchhoff Award in 2006, the IEEE CAS Mac Van Valkenburg Award in May 2009, and the OSU College of Engineering Research Award in 2010.