IEEE Life Fellow Bradford W. Parkinson will receive the 2018 IEEE Medal of Honor, sponsored by the IEEE Foundation, “for fundamental contributions to and leadership in developing the design and driving the early applications of the Global Positioning System.”

As a colonel in the U.S. Air Force, Parkinson was selected in 1972 to lead a program to develop a new space-based navigation system. He was named chief architect the following year to design GPS and served as the first director of the Joint-Services GPS Development Program Office, part of the Department of Defense.

He retired from the Air Force in 1978 and joined Colorado State University, in Fort Collins, as a professor of mechanical engineering. From 1980 to 1984 he was vice president and general manager of Intermetrics, a software company in Cambridge, Mass.

He joined Stanford in 1984 as a professor of aeronautics and astronautics. He also served as a principal investigator and program manager of the NASA/Stanford relativity gyroscope experiment. The project led to the first successful test to validate Einstein’s general theory of relativity using orbiting gyroscopes, which were launched into space in 2004. The researchers used GPS for precision orbit control and measurement.

Parkinson is now professor emeritus in Stanford’s aeronautics and astronautics department and a researcher at the university’s W.W. Hansen Experimental Physics Lab.

He has written more than 50 papers on guidance, navigation, and control, and he is coeditor of the two-volume book Global Positioning System Theory and Applications.

A member of the National Academy of Engineering, he received the 2016 Marconi Award, the 2003 Charles Stark Draper Prize, and several honors from IEEE, NASA, and other organizations.

The IEEE Foundation sponsors the Medal of Honor.

Parkinson is to receive the award during the IEEE Honors Ceremony, scheduled for 11 May at the Palace Hotel in San Francisco. The ceremony is being held in conjunction with the IEEE Vision, Innovation, and Challenges Summit.

IEEE Life Fellow Bradford W. Parkinson will receive the 2018 IEEE Medal of Honor, sponsored by the IEEE Foundation, “for fundamental contributions to and leadership in developing the design and driving the early applications of the Global Positioning System.”

Read: Why Your GPS Receiver Isn't Bigger Than a Breadbox on IEEE Spectrum 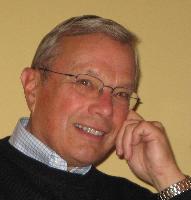 00:05:14
Safeguarding the Integrity of Your Journal with the Committee on Publication Ethics
>