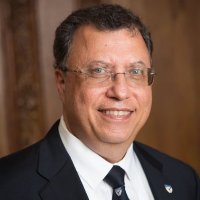 Dr. Elie K. Track is the CEO of nVizix, a startup company engaged in the development and production of a novel photovoltaic technology for Solar Power via direct conversion of sunlight to electricity, at much higher efficiency and at significantly lower cost than competing commercially viable photovoltaics based on Silicon or other thin film semiconducting compounds. Dr. Track also worked for 13 years at HYPRES, where he followed a path of diverse and increasing responsibilities including research, program management, marketing, and engineering management. From 1994 to 2000, he served as its President and Chief Executive Officer, during which time he focused the research and development effort on applications-relevant developments. Dr. Track holds a Ph.D. from Yale University in the field of Superconductivity.

An IEEE Fellow, Dr. Track is the co-chair of the IEEE Rebooting Computing initiative, and a former President of the IEEE Council on Superconductivity.

Recap of the 2017 International Conference on Rebooting Computing
2571 views