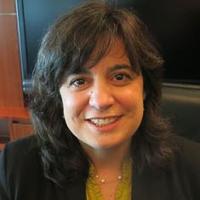 A science journalist for more than 20 years, Mariette DiChristina has served as the editor-in-chief of Scientific American, the oldest continuously published monthly magazine, since December 2009. Before joining Scientific American, DiChristina spent nearly 14 years at Popular Science in positions culminating as executive editor. In 2011, she was named a Fellow of the American Association for the Advancement of Science for the Section on General Interest in Science and Engineering. She is also the past president (in 2009 and 2010) of the 2,500-member National Association of Science Writers.

The Ethics of AI in Healthcare: A Panel Discussion
494 views